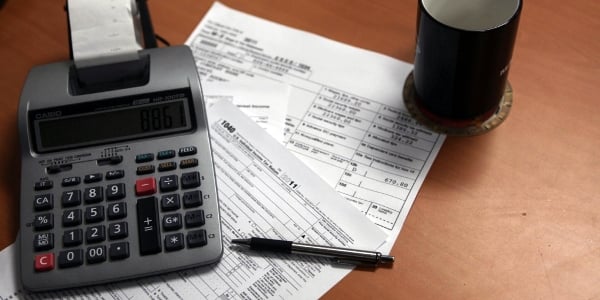 Claim analysts: Have you ever reviewed tax returns provided at claim time and wondered if they were actual copies of the tax returns filed with the IRS, or if they were prepared only to satisfy the insurance company request for tax returns?

With the growing number of self-prepared tax returns (42% of e-filed tax returns for 2018 were self-prepared) and the ease of doing various tax-planning scenarios with H&R Block or TurboTax software, it's important to consider that not every tax return provided to an insurance company or TPA is reliable. In fact, in my experience it’s important to take a closer look at the information in case there’s more than meets the eye.

A case came across my desk the other day that pointed out the need to verify if the tax returns provided at claim time contained the same earnings information as the tax returns filed with the IRS. I was reviewing the 2016 and 2017 self-prepared Schedule C forms for a 52-year-old CPA who was claiming to be unable to work (ever again) after the 2018 tax season due to pain.  To qualify for the full disability benefit of $8,000/mo., her pre-disability earnings needed to exceed $13,333/mo.

Her 2016 -2017 Schedule C net income after business expenses averaged over $17,000/mo. Based on her Schedule C average net profit, she would have qualified for the full LTD benefit.

But a detailed analysis of the 2016 and 2017 business expenses showed significant differences between the two years. Expenses from one year to the next would normally be reasonably consistent. However, here’s what I noticed:

Because of the discrepancies in expenses and given the Schedule C forms were self-prepared, I recommended that IRS Form 4506-T be completed and sent to the claimant to sign and returned to the insurance company.

A signed 4506-T form can be used to obtain transcripts of the tax returns as filed with the IRS.  The transcripts show line-by-line of the IRS tax forms what amounts were reported on the filed tax returns.  There’s no cost to get the transcripts from the IRS and the turnaround time is typically 2-3 weeks from the date that the signed form is faxed to the RAIVS Team at the IRS.

I’ll be interested in seeing how this case works out.  Either way it's a good example to illustrate when obtaining IRS tax return transcripts can be a valuable part of the claim investigation process.

If anyone is interested in having instructions for completing the 4506-T form to request transcripts for future use, please feel free to contact me at connie@cpariskservices.com.

About the author:
Connie is a forensic CPA who has been working in the disability industry since 1988.  She's been self-employed as a consultant specializing in disability and P&C claims since 2002.