Recovered or Not? Context is Key to Unlocking LTC Data 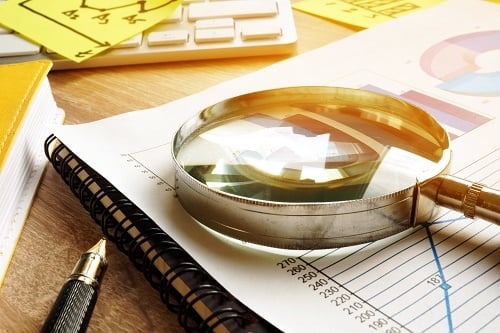 I’m sure you would agree that data is important to most industries. In the insurance world, data is used for a variety of purposes:  actuarial experience, product pricing, and operations are three main internal consumers of data. This data is segmented, stratified, and aggregated to the ends of the earth. There are charts, graphs, pivot tables, and predictive models created to visualize the story being communicated.

Long Term Care (LTC) insurance is no stranger to large amounts of data.  However, in my 10+ years in an LTC claim operations role, there is a piece of data I’m surprised continues to be shared without the proper context to be completely understood. However, before we get to that, a little background.

Claim data is a crucial piece of the overall risk management puzzle, especially for LTC insurers.  The reserves associated with future claims represent a huge amount of the liability they are holding separate. As the claims experience occurs over time, more money is set aside for future liabilities (every once in a while, it’s less money).

Every aspect of claim data can be an important factor affecting reserves. Claim termination rates are one area in particular that is closely watched. Insurers generally have three main designations for claim terminations (closed claims).

This one is pretty easy to understand; the insured stopped receiving benefits because they are now deceased.  This occurs 72.5% of the time based on the recent study conducted by the American Association of Long Term Care Insurance. (Source: “Why LTC Insurance Claims Ended”,”)

Again, another simple concept. The insured ran out of benefits before they died. This occurs 13.5% of the time according to the AALTCI study.

Here is where we find the complexity. The very nature of the word implies the claimant in this category is now healthier and no longer needs to receive benefits.  According to the same study, this occurs 14% of the time.

The problem with this category lies not with the study, which accurately reflects what insurers report, but rather the context and consistency of how this data is classified. What’s suggested is not quite the reality. But it requires a little digging to understand what I mean.

Now for the Context

Insurers and the claim administration systems they use require their data be categorized into larger buckets.  It’s much easier, after all, to analyze and predict variables when there are less varieties of those variables.  Instead of having many claim termination reasons, let’s find a way to just have three. Sounds simpler, right?

Unfortunately, this has the effect of changing the recovery designation into more of an “Other” category.  Any claim that is closed where the insured isn’t deceased and still has benefits remaining ends up in this classification.  Some examples:

Some insureds have limited benefits (and thus can run out of them). These claimants tend to be in their 60s, 70s, and lower 80s. Given they’ll potentially fall short of benefits, they sometimes choose to stop receiving benefits in order to save them for future needs.

Most policies allow for several weeks of respite care per year.  This benefit is independent of the elimination period and allows families to open a claim for a short time while the primary caregiver takes a much-deserved break.  Again, when these short claims close, they are coded as recovery.

Many policies do not cover care received outside the country. So when insureds move overseas at the end of their life, the claims, unfortunately, must be closed, and their policy then lapses by their choice.

This one is close to the preservation of benefits status.  Some policies exclude family members from providing care.  When the claim is initially filed, the spouse is still working or family members are unavailable to assist.  These factors can change and cause a family to close the claim while the family member is able to care for the insured and save the rest of the money for later.

As odd as it sounds, sometimes claimants just stop sending in bills.  The company attempts to contact them over several months, they search online databases for proof of their passing and contact every phone number and e-mail address they have in connection to the claimant.  At a certain point, they have to stop trying and close the claim.

Related to lack of contact are deaths that are not reported to the insurance company and don’t get picked up by the search techniques most insurers use.  Even if the companies later find out that the insured passed away and close the policy as a death, they generally don’t go back and change the termination status of the claim, so it remains a recovery.

This one adds a final bit of humor to the list.  The benefits available on an LTC policy are often not used in the exact amounts intended, so the policy is not exactly exhausted by the final benefit payment.  I have seen situations where the amount left on the policy is so small, the insured (or their family) doesn’t send an invoice to request the final amount.

All of these examples have something in common.  The claimant didn’t die and there were benefits remaining on the policies.  So every one of these situations would be reported as a RECOVERY.

So what am I trying to say here? All data is inaccurate?  No, the data isn’t inaccurate, it just requires the proper context before it is used for analysis. Without the proper context, this statistic could be used to suggest that 14% of the time, an insured who qualifies for Long Term Care benefits will improve enough to regain independence and no longer require assistance.

The reality is much harder to know for sure.  While you would expect some recovery on acute conditions (think hip replacements), would it surprise you to know that as many as 25% of these recoveries are claims that the insured has been certified with cognitive impairment? Did those claimants really get better and no longer require care? Another 25% of the recoveries most like fall into one of the categories above.  So that means about half the recoveries reported, aren’t really recoveries.