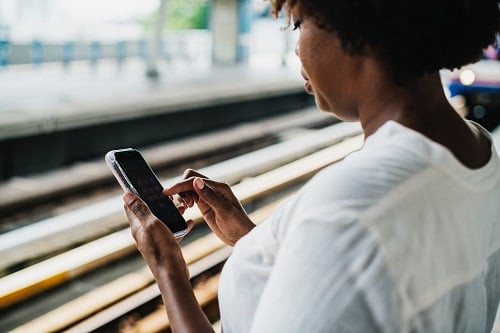 Have you ever had the unfortunate experience of being involved in a “hit and run” incident?  Let me clarify - I don’t mean the vehicular type. I mean one of a communication nature – the phone or email “hit and run”. It may not be a legal crime, but the tactic can be considered criminal by some based on its negative impact to others.

Of course I’m exaggerating, but some of you may feel my pain. It’s that unwanted voicemail or email  that comes in just after you leave the office for the day or head out on vacation. I’m sure we’ve all been guilty of this at some point or another, but some seem to use this approach as a matter of course. Here are just a few scenarios I think we can all relate to:

The "punt” hit and run

One reason you may be on the receiving end of a "hit and run" is because the sender is doing a last minute cleanup and cares more about getting through his/her To Do list than actually getting a hold of you. The common time for these to occur is on a Friday at 5:00 pm and typically ends with “Have a great weekend!” The ball is now back in your court with something you really would have preferred receiving earlier in the week so you could have actually had a shot at addressing it.

The "bomb” hit and run

The caller/sender knows they have a negative communication to give and would like to avoid conflict so they wait until after business hours knowing – or strongly hoping – you won’t be available to respond. Usually they're lucky enough to deliver the bad news without having to speak with you, but isn’t it awesome when you happen to be able to surprise them with an immediate answer or response?

It’s a last minute message with a request for a response, yet no time is allowed before the sender proceeds with their ultimate action or decision.  “I left you a message, but didn’t hear back so I proceeded with canceling your coverage.”  Nice.

And worst of all, the infamous game of phone tag.

Have you received the voicemail message, “Tag, you’re it!” with a bit of a chuckle?  Hmmm…I’m not laughing. Offenders leave you messages with no details and no choice but to call them back to find out what their question is - of course resulting in not reaching them which in turn perpetuates the game.

Next time you’re getting ready to "accidentally" commit a hit and run, maybe apply the Golden Rule and consider a better way to handle the situation. After all, time is precious for all of us. And by choosing to employ better communication tactics, it might actually make your life easier by facilitating a decision, obtaining information or crossing something off your To Do list once and for all. ☺

Photo by rawpixel on Unsplash